What is the difference between Skeet and Trap Shooting?

Different shooting disciplines have always been used throughout the years for shooters to get their practice in for game shooting.
Now Trap shooting and Skeet shooting are popular types of shooting in their own right.
We get asked quite often by new shooters, What is the difference between Skeet and Trap Shooting?

In this blog we will explain the differences between these shooting disciplines.

In Trap shooting you shoot at targets travelling away from the shooter. Each shooter will fire 5 shots from each of the 5 shooting positions, which will make a total of 25 targets each round. Clay targets are launched from a station which is placed partially underground.

Trap shooting starts with the person on station 1 firing their first shot, and is then followed by each of the other shooters on the rest of the stations until they have fired all 5 shots. All shooters then move along to the next station. The shooter on station 5 will walk behind the rest of the stations to station 1. All station changes must be done with an empty shotgun which will have it’s action open. 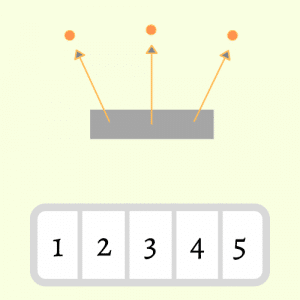 The Skeet shooting discipline involves clay targets crossing in front of the shooter from a High and Low tower. The clay traps within the two towers are 40 meters apart and shoot the clays across a semi-circle of different shooting positions. The targets will always be at the same trajectory and velocity. 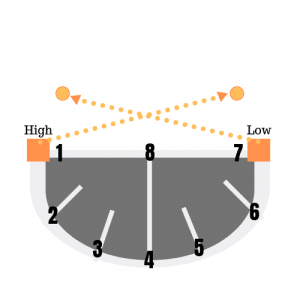 View all posts by Paul Anderson